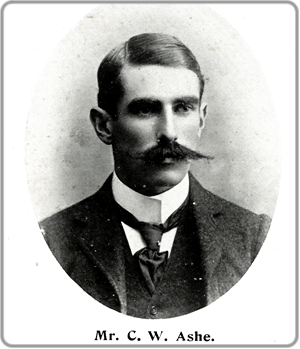 C. W. Ashe & Co. is a general practice law firm based in Macroom, County Cork and is one of Cork’s oldest solicitors’ practices. The Firm was established in 1888 by the late Charles William Ashe and has operated in the Square, Macroom since then.

Charles William Ashe was born on 2 October 1864. His father, Richard Ashe was also a solicitor based in Macroom. Charles was educated in Midleton College, County Cork and later in Galway Grammar School, Galway. He was admitted to the Roll of Solicitors in 1888 and began in offices in the North Square, Macroom, County Cork. Charles continued to practice up until his death in March 1936.

The photo of the late C. W. Ashe is courtesy of Cork City Libraries and we thank them for their kind assistance.