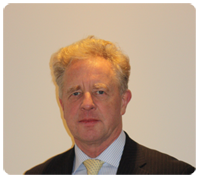 John, or Seán as he is better known, was educated in De La Salle College, Macroom, and thereafter graduated from University College Cork with an Honours BCL degree in 1978. He first joined C. W. Ashe & Co. in 1979 as an apprentice to the late Michael Creed, Solicitor. Seán qualified as a solicitor in 1982 and subsequently spent two years working in another general practice firm. In 1984, Seán returned to C. W. Ashe & Co., taking over the practice and has been the Principal of the Firm since then.

Seán has extensive experience in all areas of general practice and has particular expertise in the areas of personal injury litigation, commercial litigation criminal law. In 2006, Seán was one of the first solicitors in Ireland to successfully seek repayment of monies, under the Health Repayment Scheme, to medical cardholders who had been charged illegally for long-stay hospital and nursing home care.

Siobhan Lydon is a native of Cork City although her father was raised in Leap and his mother was an O’Leary from Ballingeary.

Siobhan graduated from University College Cork (UCC) with a B. Comm (Hons) in 1992. After she obtained her MBA from St. Joseph’s University in Philadelphia, she worked as a software consultant in the US, living in San Francisco before she returned to Ireland.

Before she became a Solicitor, she completed the Bachelor in Civil Law (Hons) in UCC. Siobhan has published articles on Corporate Tax law and various other legal topics. Siobhan specialises in conveyancing and probate with this firm. She has experience in litigation including employment and dental matters.

She has a wide variety of interests, including music and gardening.